Blinded By The Lights: A Diamond In The Rough

View Book
In the midst of the poverty stricken Cabrini Green Projects in Chicago, IL, two childhood friends became bound together. Meet Lingo and 360. Both heirs in drug kingpin families, they grew up privileged while being surrounded by destitution and hopelessness. As the years past, they grew to depend on each other while their relatives showed their love through material possessions. After witnessing Lingo's father A-Train, being sent to prison and understanding the business 36o's uncles ran, the two desperately wanted a life different from what they were inheriting. Once they reached high school, the opportunity presented itself in the form of poetry that Lingo would stuff in Jasmine, his girl crush, locker. He admired her but felt more comfortable expressing himself in metaphors on paper. She adored him and his creativity but wanted him to perform his poetry in the school talent show. Wanting to avoid embarrassment in front of the whole school, Lingo turned to his best friend for advice. 360 supported the idea but added a twist that would change their lives forever.

Instead of simply standing on stage to recite a series of poems, Lingo, with 360 by his side, performed his words as a rap song. The buzz around the school after that not only began the relationship between lingo and Jasmine, it gave 360 a vision for the future. Foregoing scholarship offers to play basketball in college, 360 took advantage of the limitless cash flow his uncles provided to manage Lingo as a rap artist. Together they became popular by touring college campuses and being in heavy rotation on radio stations. As their notoriety grew, record labels came calling only to be denied. 360 wasn't interested but knew in order for him to get to the next level, signing with a major label was essential.

Instead of signing with a major label, they were pressured into a lucrative deal with a successful executive, who had started a new label full of fresh talent, ready to take over the game. Eric "BOSS" Brown was a savvy business man who had spent years in the background developing artists and now had an opportunity to afflict some of the shady tactics in contracts he'd seen done to get rich. In order for Boss to implement his scheme, he needed 360 out of the picture as Lingo's manager. Due to 36o's longtime relationship with a young lawyer named Kendra, Boss's crafty contracts was exposed and he was forced to deal with 360 on his acclaimed artist. The deceit caused bad blood between the two. Even though Lingo was locked into a three album deal, 360 was looking for a way to escape it.
​
Boss had signed a rapper out of New York by the name of Cashmir, who came from a family of hustlers like 360 and Lingo. The only difference is he was deep in the game and used music as an escape route for a federal case. Since moving to Chicago, Cashmir hung around 360 and Lingo to bask in the limelight and discreetly move drugs for Lac and Deville to satisfy his lust for the game. With Lingo achieving worldwide recognition, women through themselves at him. Out of respect for Jasmine though, he never acknowledged the attention until Sweet Tea showed an interest in him. Another artist signed by Boss, Sweet Tea was a vixen with a lyrical arsenal that he couldn't resist. Jasmine had an inkling, like the tabloids, but continued to love and support Lingo.

With another failed attempt on 360's life caused by Boss's order, 360 ran to his uncles for protection, but brought heat from the police to the projects briefly stopping their operations of drug dealing. With a fresh shipment of drugs to be sold and nowhere to sell them, Cashmir told Lac and Deville to give the responsibility to 360 for his stupidity. Even though they never wanted 360 in the business, they were sick of his sense of entitlement. 360 never handled drugs before but by it being ecstasy pills and him having avenues to sell them to artists and promoters, he flourished. The money was enticing to 360 and he really wanted to feel accepted by his uncles and make a name for himself.

Blinded By The Fame: The Final Curtain Call 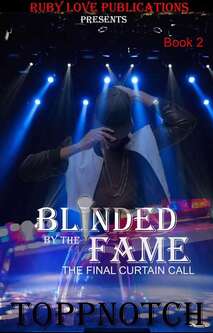 View Book
With manipulation and deceit, Lingo and 360 is finally free from Boss Up Records. They survived club shootings, drug deals, and murder but that was only the beginning. Lingo is learning first hand just how shady the music business could be. From the outside looking in, they are living the life but it’s not what it seems. Aside from those issues within the business, 360 is also dealing with his own family business back in Chicago. With the police on their bumper, Lac and Deville conjures up a plan to try to shake them loose, but can they, or will they all be Blinded by the Fame? 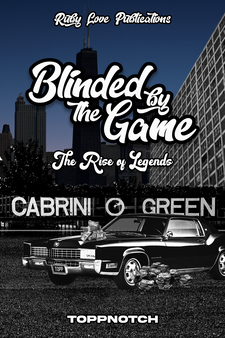 View Book
The prequel and final novel in the Blinded bythe Lights trilogy. The story of three brothers (Fleetwood, Deville and Lac) trying to find their identity in the midst of the Black Power movement of the 1960s in Chicago. After witnessing their mother die of a heroin overdose, Fleetwood and Deville took up with gangster named Rollin to raise them. Lac at the tender age of 13 followed in their dope fiend father's footsteps as a pimp prodigy. The lessons learned and the work they put in during the birth of the black organized crime developed their reputations that would shape their lives in the Cabrini Green projects for decades to come. On their rise to power. they were taught not to get . . . Blinded by the Game.